Margaret MacLeod is a singer of traditional Scottish songs in Gaelic, Scots and English. She was instrumental in the formation of the band Na h'Oganaich in 1971. This band has had a significant influence on Scottish folk music.

Read more about this band and Margaret MacLeod in Scottish Music Hall of Fame.

Margaret MacLeod was interviewed by ABC Tasmania in 2011. Here is the interview: 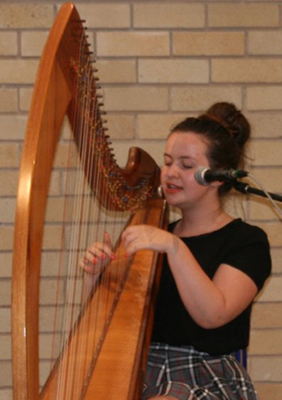 The following is a link to a radio interview at 2GLF with Eilidh Munro and Rod McInnes on 1st January, including live harp and singing performances from Eilidh.

Catriona Parsons is the president of the Gaelic Council of Nova Scotia. She has been touring and giving workshops in Gaelic singing and language.

Rod McInnes and Catriona Parsons were interviewed on radio 2GLF on Wed 22 Jan 2014.

The web address for the station is http://893fm.com.au/

To listen to this interview:
Select On Demand
Select Music
Select Celtic Corner Wednesday 3-4pm (22nd January)
Click on the go triangle, and move the slider to suit. The relevant part of the program starts at 42mins.30secs into the first hour.
To get the final hour (ie. 4pm onwards) Select Next Hour towards bottom of screen on right hand side.